A Diamond in the Rough

Element Detroit at the Metropolitan

Element Detroit at the Metropolitan

Once downtown Detroit’s longest-vacant building, the renewed Metropolitan Building is a symbol of the city’s resurgence. Built in 1925, the Gothic Revival edifice originally housed a variety of fashion-related businesses, including five stories dedicated to jewelry and watch manufacturing. The Metropolitan later sat unused for nearly four decades until our team transformed it into a unique hotel.

Drawing on the building’s rich history, we restored, repaired, and replaced the finishes in the central lobby, now the 110-key hotel’s reception area. The penthouse-level lounge boasts a new rooftop terrace – invisible from the street, in keeping with the building’s historic appearance. The revitalized Metropolitan is contributing to the renaissance of the Grand Circus Park community.

This was just the right team to come in and see possibilities when all other people saw was decay.

The Metropolitan Building closed in 1978, with much of the city’s retail business having moved to suburban shopping malls. Pollution from the watch manufacturing tenants – particularly the radium used to paint dial faces – created barriers to the building’s redevelopment.

The building’s upper floors were in the poorest condition due to roof leaks. We replaced the entire roofing system and instituted new drainage systems. For the façade, windows, and lobby finishes, we repaired what we could and recreated the rest based on historic photographs.

The building’s lobby was in poor condition overall, but somehow the original marble floor was relatively unscathed. We replaced the distinctive ceiling beams, decorative plaster, and staircase railing to restore the lobby’s original grandeur.

During Detroit’s economic struggles in the 1990s and 2000s, the sight of trees growing on the rooftops of neglected buildings was not uncommon. The Metropolitan Building was home to one of the last of these rogue trees; it was relocated to a public park as part of our renovation. 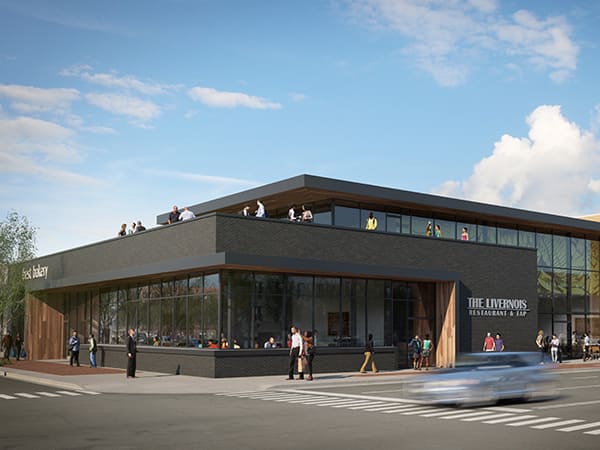 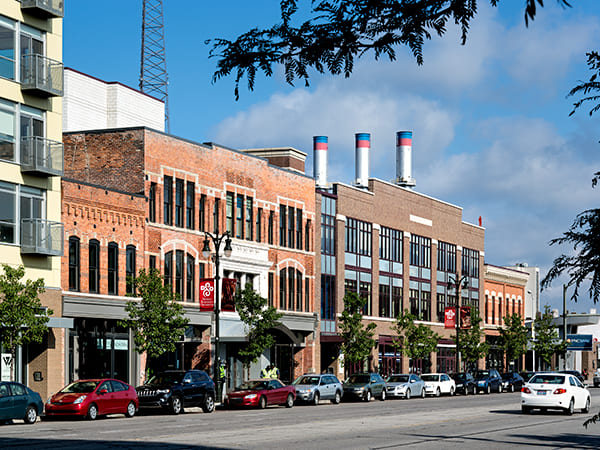