Project manager and Quinn Evans senior associate Katie Irwin says DAR members wanted “to restore Constitution Hall back to having its original appearance of daylight” and to experience gathering at their annual Continental Congress under the stars. As part of a multiyear, multiphase renovation of the DAR headquarters, Quinn Evans led the restoration process for Constitution Hall’s performance and support spaces to accommodate more event formats while preserving and restoring historic details, including the effect of laylight. The standout feature of the 972 light panels in the re-created laylight displays the effect of a star-filled evening sky with 2,169 stars. 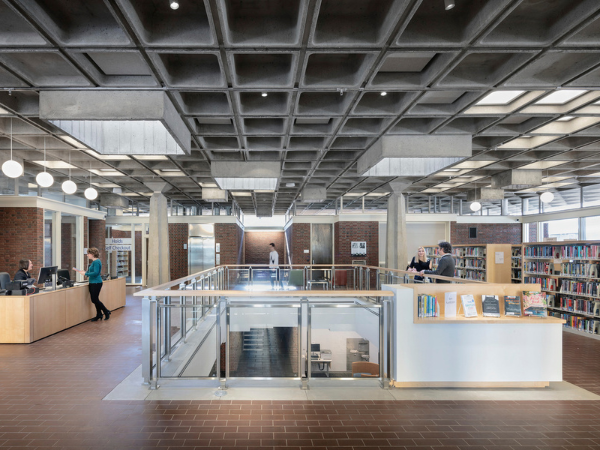