Our addition to a 1914 library connects users to both the historic library and the river behind it. This compatible addition, strategically set back from the Carnegie library’s building line, more than doubles the library’s floor area without overshadowing the original structure.

The design is inspired by the Kalamazoo River. With an organizational flow that cascades down the steep hill from Allegan’s historic downtown to the water, the addition creates accessible connections to the street, the parking area, and the original Carnegie reading room. River views are maximized with expansive rear windows, glass interior partitions, and a reading deck overlooking the water. Inspired by the Allegan community, the design celebrates the town’s historic and natural resources.

We inspire and empower our community by connecting them to a world of information, a wealth of local resources and a place to come together.

Carnegie libraries can be found throughout the world. More than 2,500 of them were built between 1883 and 1929, constructed with grants from the philanthropist Andrew Carnegie and operated and maintained by their towns. At one time, nearly half of the public libraries in the United States were Carnegie libraries. Quinn Evans has worked on numerous Carnegie Libraries across the Country.

The addition respects the original building and its historic downtown setting. The addition plays off the older building’s materials, with brick that matches the color of the Carnegie library’s tile roof and a burnished block base that recalls the distinctive stone base of the earlier structure.

Connecting to the River

The addition’s rear façade opens to the Kalamazoo River, with large windows and a reading terrace that invite patrons to gaze out over the water. An existing boardwalk is now connected to the library’s exterior circulation, providing a direct and accessible path from the street down to the river.

An inventive STREAM concept (science, technology, reading, art, and math) informs the spaces for teens and children. New spaces include an early literacy area, a digital lab, a dedicated teen area, rooms for solo or group study, and a crafts program room.

Our community-focused planning work and concept graphics supported a successful millage campaign, or local property tax increase, to fund the library’s expansion and renovation. Our graphic representations also inspired a local company to make a large donation toward the youth spaces. 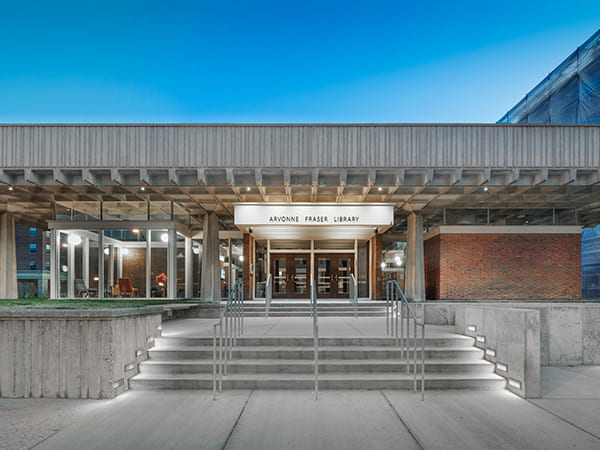 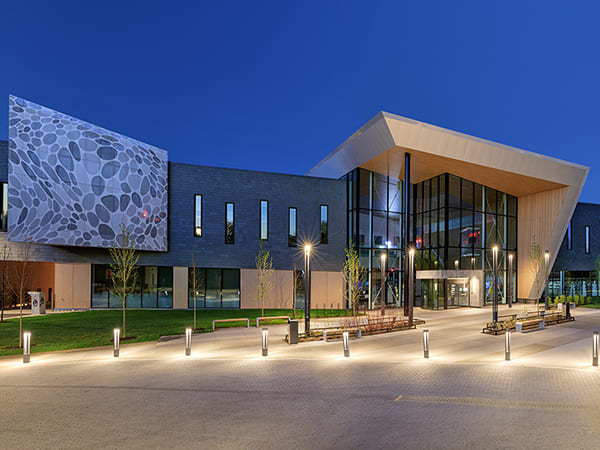 A Building for All Ages